Vietnam’s Independence Day is a public celebration, so many people choose to enjoy their day-offs in the tourist attractions, leaving a peaceful and empty Hanoi. This is the reason why many tourists choose to stay in Hanoi on this occasion to enjoy a different Hanoi and participate in the activities happened in this important event.

Vietnam became the colony of France in 1887 when the French forces invaded successfully and turn the country into a part of French Indochina. Vietnamese people continuously resisted against the control of the French during the decades. On September 2nd, 1945, seizing the opportunity of the weakness of the Japanese and French army’s influence in Indochina, Ho Chi Minh declared the independence of Vietnam before a thousand citizens gathered in Ba Dinh Square, Hanoi. 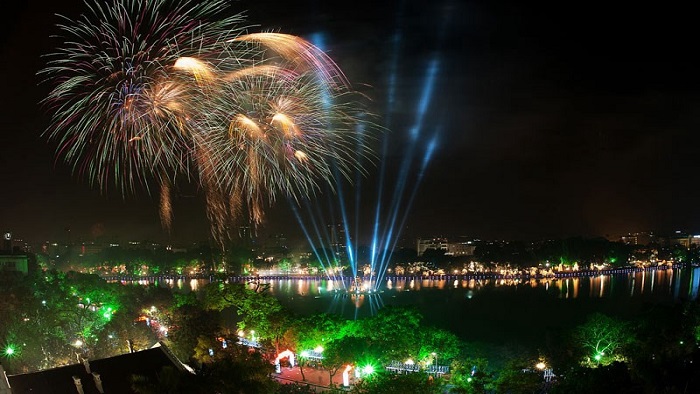 Ho Chi Minh, the leader of the Communist Viet Minh, appealed to the U.S. Declaration of Independence and to France’s Declaration of the Rights of Man in his speech in Ba Dinh Square. After the independence declaration of Vietnam, Vietnamese people all stood up to fight against the French military lasted from 1946 to 1954, ending with the Geneva Accords and the independence of two distinct states. Vietnam became one in the spring of 1975, and today, September 2nd is deemed to be as the glorious date when foreign rule finally ended.

Where to visit in Vietnam’s National Independence Day in Hanoi

An empty Hanoi doesn’t mean a boring Hanoi in this important day. There are still many interesting things happened to celebrate the Independence Day in Hanoi and the attractions still open to welcome tourists. So, let’s check some outstanding attractions in Hanoi here to come to the right places in this special Hanoi tour.

Waking up earlier than usual and preparing for yourself a nice dress to attend the huge celebration in Ba Dinh Square in Hanoi. This is the very familiar place with Vietnamese people where Vietnamese independence was declared by Uncle Ho. Till now, this is also where the important public events of the nation are held and become the gathering point that all Vietnamese people head forward. Coming to Ba Dinh Square in the cool morning at the beautiful weather of Hanoi’s autumn, you will have a chance to immerse yourself in the parades, an ocean of red flags bearing yellow stars, and much excitement to feel the national pride of Vietnamese people. 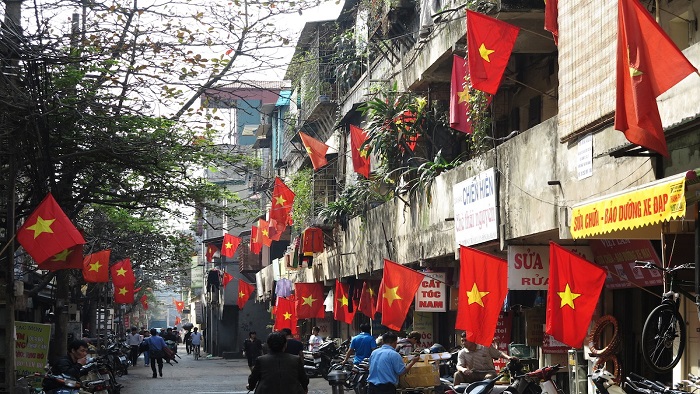 Similar to Ba Dinh Square, the Ho Chi Minh Mausoleum is a must-visit place to visit in Hanoi on the independence day. This is the eternal resting place of Great President Ho Chi Minh where the remains of Ho Chi Minh are kept and protected. Ho Chi Minh is the second leader in the modern history of the human after Lenin in Russia was kept the body forever. The building is patterned as a blooming lotus which is the national flower of Vietnam with a sloped roof and other elements that mark it as Vietnamese.

After spending half of the day in Hanoi historical attractions, let’s give yourself some relaxing time in Hoan Kiem lake. Hoan Kiem lake is located in the heart of Hanoi- it is also called as the green lung of the capital. There is a walking street around the lake opening at the end of each week, but it also opens to welcome tourists and local people in the Independence Day. Though the city is a bit less crowded than the usual days, there are still numerous activities happened at the walking street. Coming to the lake and immersing in the line of the happy people to feel the happiness of Vietnamese people on this memorable day. Sitting on the bench to witness the beauty of the lake or wandering between the lines of people are the interesting things you can do in the afternoon of the day. You also linger here till the late night because the walking street will close at the dawn of the next day. 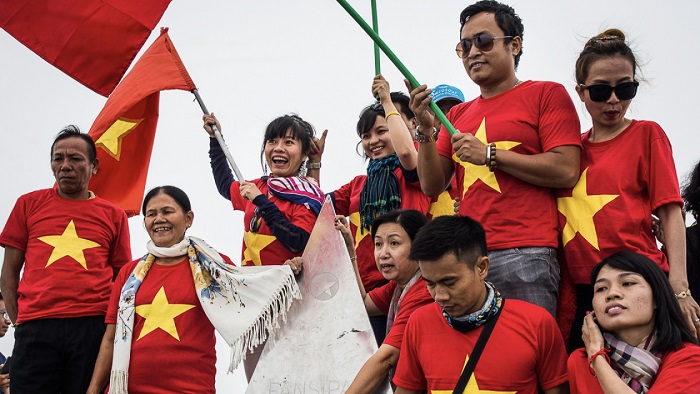 The activities to celebrate Vietnam’s National Independence Day in Hanoi

A range of activities will be held in Hanoi to mark the anniversary of National Independence Day (September 2).

Display firework in Hoan Kiem lake to celebrate the Independence Day (via baodansinh.vn)

The National Independence Day of Vietnam also drops right in the best time to visit Vietnam or the tourist season of Vietnam, so there is no reason to reject to enjoy a peaceful day in Hanoi in your Vietnam tour. If you have any questions, feel free to contact us. Thank you!