If you are the person who loves Cambodian history, Choeung Ek Killing Field – the scariest place in Cambodia will be the leading choice for you today. You love Cambodia and you are attending to visit this beloved country, do not forget to take the best Asian tours to have a chance to experience this attractive destination.

Choeung Ek is located in Choeung Ek commune, Dang Kor district, Kandal province, Cambodia. It is one of the top 4 scariest places in Cambodia. 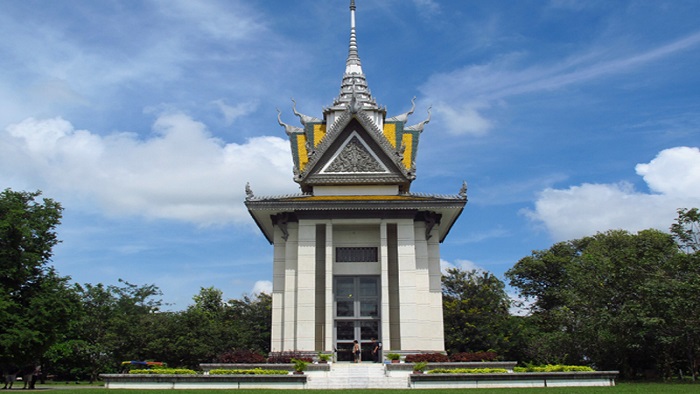 Just 14,5km far from Phnom Penh capital, Choeung Ek is now the tourist destination attracting tourists best in Cambodia. This is the place to give visitors the most real and regrettable look of the horrors that occurred in Cambodia under the rule of Pol Pot.

Choeung Ek was originally a fruit orchard, but it then was used as a mass murder camp by Pol Pot in Cambodia. Although it has been a travel place, anyone who comes into the field has a choking and shivering feeling when seeing the countless mass graves buried.

According to the statistics, more than 20,000 Cambodian people were killed by the Khmer Rouge in Choeung Ek only. From the day Cambodia's liberation (1979) to nowadays, only 8,985 corpses were found. It is ensured that when reading the names such as "Tomb of 100 infants and mothers", "Tomb having the most bodies with 450 bodies," "Tomb of 166 headless people," "Tomb of 87 people who lost hands and feet" you will feel infinitely mercy.

In the center of Choeung Ek, there is a memorial to the ill-fated victims. There are about 8,000 skulls in the memorial, many of which have been kept the torture by axes, knives, and branches of a tree. This is the cruel murder method that Pol Pot applies to save ammunition and time on killing the people. For children, the brutal killing method is to smash their bodies in the trunk until they die.

In addition, there are also the items to torture, the song to overwhelm the victims’ cry and shout. All of them are reproduced here to help visitors have the most realistic look of genocide. 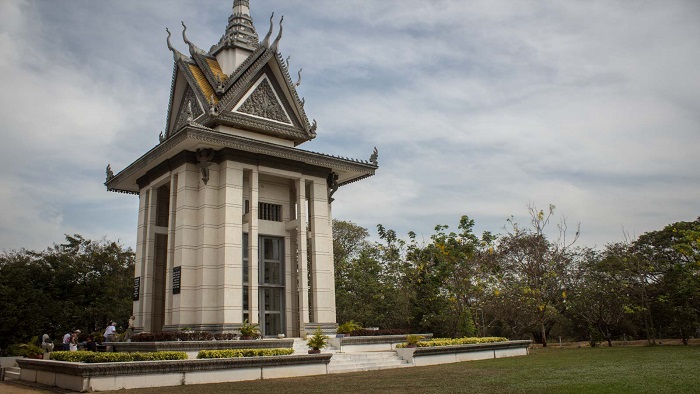 On the journey of discovering the crimes of the Khmer Rouge, tourists should not forget to pay a visit to Tuol Sleng Genocide Museum. Before the Pol Pot regime, Tuol Sleng used to be a secondary school and then it became a torture camp, prison, and killing center. From the outside, Tuol Sleng is like any school in the world. But the inside is filled with weapons of torture, skulls, blood, stains, and photos of thousands of people who were killed.

Nowadays, Tuol Sleng has become a museum of excursion, displaying the crimes of the Khmer Rouge. At the entrance, the museum hangs "No Smile" to ask the tourists to keep the absolute mercy to the victims and the pain suffered by the Cambodian people.

In the chronicles of the most horrific things in the 20th century, Cambodia is ranked at a high level. Keeping images of a traumatic past is the way the people of this country to remind the next generations about a dark period of the nation. At the same time, the traces of the pain also help Cambodia develop the types of tourist sightseeing, which many tourists cannot refuse to visit.

- Choeung Ek Killing Field is the scariest place in Cambodia; therefore, you can visit this destination if you are the person who loves to explore Cambodian history. Besides, you should have a strong spirit before coming to Choeung Ek or in another way, you are a lion-hearted person.

- Tourists visiting Choeung Ek should walk gently because there are numerous remains of the ill-fated victims under the soil. In the rainy season, white pieces of bones are washed away by the soil and they are clear to see.

- When coming to this place, tourists should not smile or make noise because this place is home to the victims under the Khmer Rouge. That will be a good thing because it expresses their sympathy to the victims here. 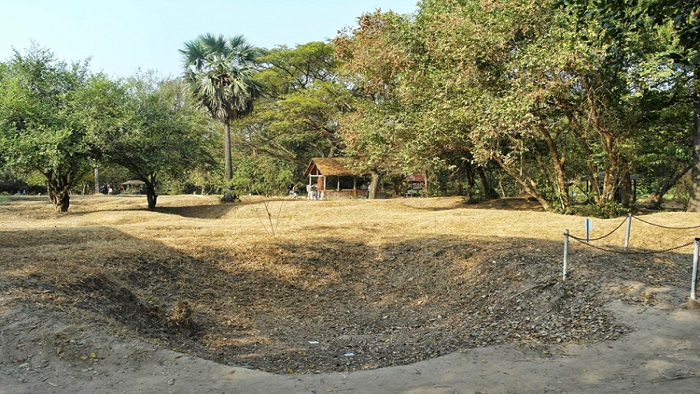 - Especially, tourists should be aware of play a part in protecting this tourist destination. Be a polite visitor when coming to Cambodia!

If you are attending to visit Choeung Ek Killing Field, do not forget to book Cambodia tour package to get more information. We hope that the post will provide you with some useful information about this must-visit destination. Please feel free to contact us if you have any question. We will be very happy to become your reliable partner on the trip to beloved Cambodia in the near future. Have a nice trip!