Phu Tho -the root land of Hung Kings and the Vietnamese nation- is the land of over 2  thousand years of history, this land is currently preserving, promoting the value of 1372 historic relics and two intangible culture world heritage including Xoan singing and Hung King festival which are recognized by UNESCO.

Overview of Phu Tho province 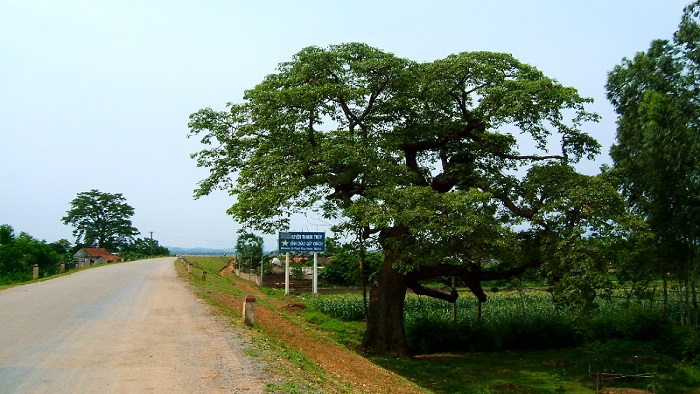 The terrain is mainly hills and low mountains. There are also three big rivers running through Phu Tho which are Red, Da and Lo rivers.

Phu Tho is lied in the monsoon tropical region with a cold winter and hot summer. The annual average temperature of the province is 23ºC.

The spring is the best time to visit Phu Tho, especially in March, because it is the festival season in this land. You can easily go to Phu Tho by the motorbike or a night train Hanoi Lao Cai.

History of Phu Tho province

Phu Tho province is the most ancient land where firstly marked the trace of ancient Viet people in Vietnam, so, nowadays this province is deemed to be the root land of Vietnamese people. According to the historical compilation and legends, the history of the area is traced to the early third millennium BC during the Hong Bang period, this land was a part of the first Vietnamese state known as Van Lang under the rule of the Hung Kings.

Later, Hung king had chosen Phong Chau as a capital, which is taken as evidence of the historicity of the province. Nowadays, there are many festivals in the province which are operated to memorize to this historical lineage. At the beginning of the third century BC, Trieu Da defeated Hung king and opened a new dynasty called Au Lac, he moved the capital to Co Loa and the Hung temple complex, located on Nghia Linh mountain, was laid ground to dedicate to the Hung kings who are credited with building the nation.

The destinations in Phu Tho province

Hung King temple complex is one of the biggest temple complexes in Vietnam, located on Nghia Linh mountain in Viet Tri at an altitude of 175 meters above sea level. This is a complex of majestic Vietnamese traditional architectures including the  Lower temple (Den Ha), Thien Quang pagoda, the well, Middle temple (Den Trung), Upper temple (Den Thuong), and King Hung's tomb. The Lower temple was built in the 15th century and you just step through the Dai Mon Gate to visit this temple.

This temple is very old-looking with a 700-year-old tree in front of this temple. According to the legend, this temple is where Au Co- the mother of Vietnamese people- gave birth to 100 children. After that, her husband named Lac Long Quan-the father of Vietnamese people- led 50 of the children to the coastal region and settled in there, now it is the Red River delta. Au Co took 49 children up to the mountainous area, while their eldest children stayed in the root land and became  Hung king. He named the country Van Lang and made Phong Chau as its capital. 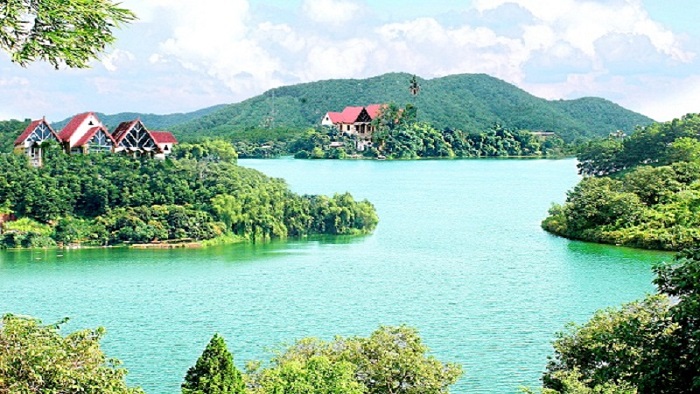 According to the legend, all Vietnamese people are descendants of  Father Lac Long Quan and Mother Au Co. After taking her first son in the throne on the Nghia Linh mountain, she took other 49 sons to this area for living. She taught her sons to break the wild ground and build up villages.

Today, the Mother Au Co temple becomes a familiar place for tourists to have the spring travel in the north of Vietnam. Annually, the temple welcomes a large number of pilgrims.

Till now, there are 314 vascular plant species, 48 mammal species, 121 bird species, 13 reptile species and 14 amphibian species that was discovered and recorded at Xuan Son national park. In addition, the cave system in this park is very unique which is home to the high diversity of bat species.

Lang cave has lied deep into the mountain of Xuan Son national park. The mouth of the cave is right in front of the Muong Lang field. This is the largest and longest stalactite cave in Xuan Son.

Lang cave is big enough for thousands of people to come to visit at the same time. Distant from its mouth for a few hours of walking, the cave’s bottom turns into a stream with a depth of 2 meters. From there, the journey still can be continued. However, since it is quite dark, tourists in Vietnam travel will have to use the torch in order to discover the hidden beauty of this cave.

Festivals in Phu Tho

Phu Tho is a rich cultural tradition in Vietnam, so, there are numerous festivals happened in this province in the annual year. The Hung temple festival is the biggest and most important festival in Phu Tho which is held from 8th to the 11th day of the third lunar month with the main festival being held the 10th day in Nghia Linh mountain, Hy Cuong commune, Viet Tri city, Phu Tho province.

This festival is happened to memorize the contribution of 18 Hung kings of Van Lang kingdom, the predecessor to present-day Vietnam. It is celebrated to show the love and pride of Vietnamese people with the homeland and ancestral land when all the descendants of the Hung Kings gather for the festivities in which the state officials also take part. 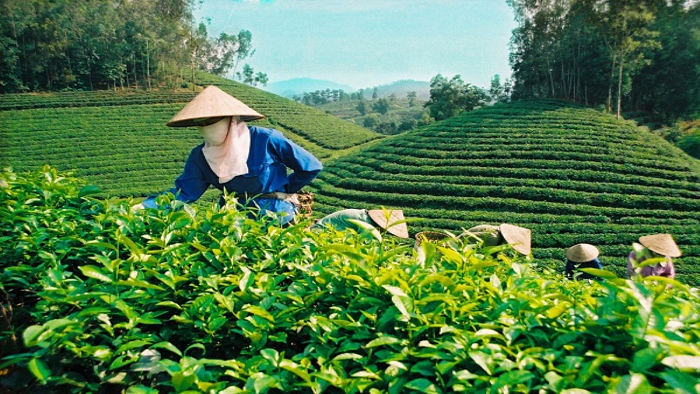 There are 100 young men and women in the traditional costumes replaying 100 children of Father Lac Long Quan and Mother Au Co and the parade becomes more lively thanks to the Xoan singing performance in the Upper temple and ca tru-which is a classical opera of Vietnamese people in the Lower temple.

Besides that, when coming to this festival, you can take part in numerous activities such as bamboo swings, nem con (throwing a sacred ball through the ring), etc.

Phu Tho is a must-visit place in your journey exploring the north of Vietnam via Vietnam package tours. If you need further information about this province, let’s contact with us to get more details. Thank you!