For a long time in the history of Vietnam, March 10th in the lunar calendar has become a great holiday for the whole nation. It is Hung King Temple Festival - the big traditional festival which is not only famous to Vietnamese people but also well-known to international tourists in Vietnam tours. Let’s learn about Hung King Temple Festival with us!

According to the Vietnamese legend, Kinh Duong Vuong had a son throning of his father with the name of Lac Long Quan. Lac Long Quan married Au Co and they gave birth to a hundred eggs hatching a hundred children who were ancestors of the Bach Viet people. In one day, the King Lac Long Quan told Au Co that he was like a dragon, she was a fairy, which was difficult to stay together.

The relics of Hung Temple are located from the foot of the mountain to the top of Nghia Linh Mountain in the strictly protected forest near the communes of Lam Thao, Phu Ninh district and the outskirts of Viet Tri city, away from the center of the city about 10 km. Hung Temple area today is situated in the territory of Phong Chau capital of ancient Van Lang country. According to Ngoc Pha Hung Vuong, the Hung Kings have built Kinh Thien Palace in this Nghia Linh mountain area. 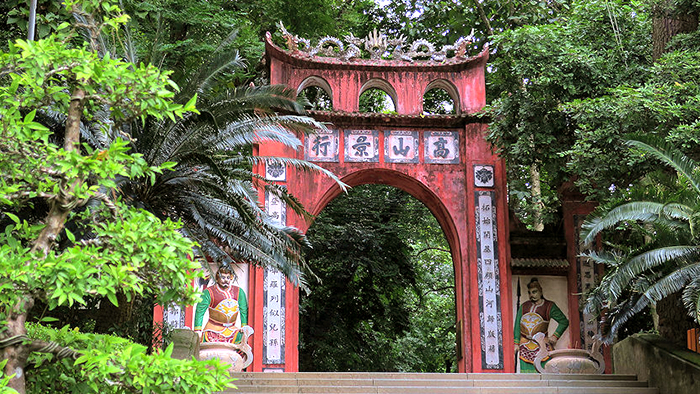 The contents of the Hung King Temple Festival are mainly composed of two parts: the worship and the festival. The worship is conducted with a solemn ceremony at the Upper Temple. The festival is held around the foot of Nghia Linh Mountain.

The worship was solemnly maintained in temples and pagodas on the mountain. There are about 40 neighboring villages joining the procession from their village halls to his village at the foot of Hung Temple. Each offering placed on the palanquin has a certain meaning, related to each story in the Hung King.

The vegetarian procession and tray of fruits accompany with the offerings of Banh Chung - square rice cake and Banh Day - round sticky rice cake to recall Lang Lieu legend as well as remind of the merits of the Hung Kings. There is the jury to mark and give prizes for teams. The team's palanquin which has won the first prize will be processioned to the Upper Temple. The ceremony of the incense offering of the Party and Government's delegations and localities around the country is solemnly held in the Upper Temple. 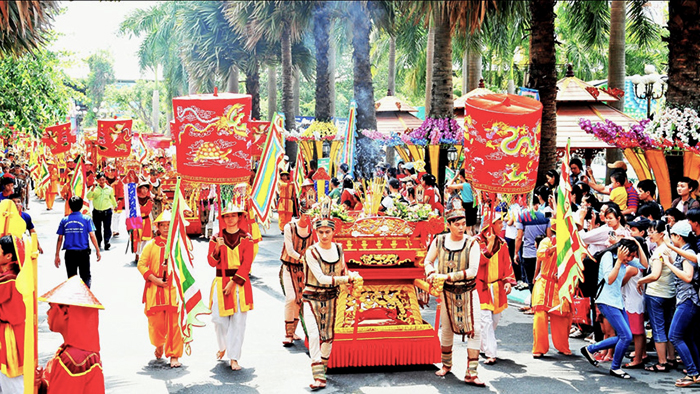 The festival happens animated and excited around temples and pagodas at the foot of Hung Mountain. The traditional and modern cultural forms are interlaced. In the area of the festival, there are many stalls selling souvenirs, cultural products, food services, and cultural areas.

In the cultural area, folk games are taken place such as swings, wrestling, cockfighting, crossbow shooting, procession, cooking rice, and playing chess. Beside is the stage of professional art troupes such as Cheo, plays, Quan Ho folk songs. An important point in the middle of the festival center is the Hung Vuong Museum, where there are countless authentic artifacts of the Hung Kings.

Hung King Temple Festival is to remind the next generations of the original point of ancestors. Every year, in this day, the Vietnamese people pour in Hung Temple wherever they are. This is also the occasion for people from all over the country returned here to commemorate and express the gratitude to the contribution of the Hung Kings - the first kings of Vietnam in founding and defending the country against enemies. 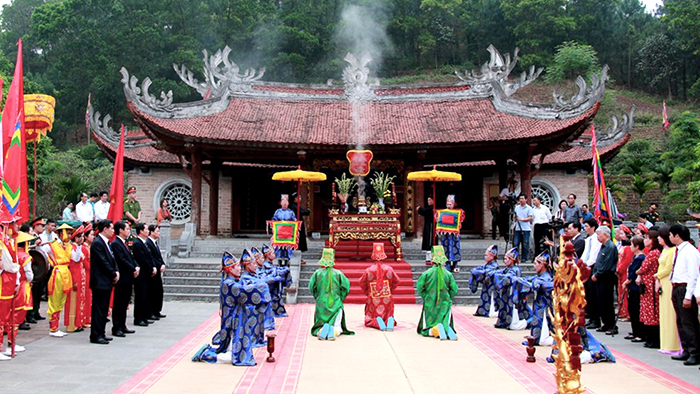 Each year, there are more than 3 million people attending the Hung King Temple Festival

If you travel to Vietnam at this time, do not forget to visit Phu Tho and join in Hung King Temple Festival. To know more information about Vietnam package tours, via our website. Have a nice trip!