If you are considering visiting Pak Ou cave, do not worry because it will be your best choice. Together with cheap Asia tours, we want to provide you with the most useful information about Pak Ou which is one of the top Asia natural wonders. We hope that the post will play a role in deciding the success of your trip.

Pak Ou cave – the cave of thousands of Buddha

Pak Ou cave is located near Luang Prabang center. It is not only a unique tourist destination with the spiritual values but also the great historical values. Pak Ou cave means the cave at the mouth of Ou river. However, it also has another name called Tam Ting cave (the cave of thousands of Buddha). 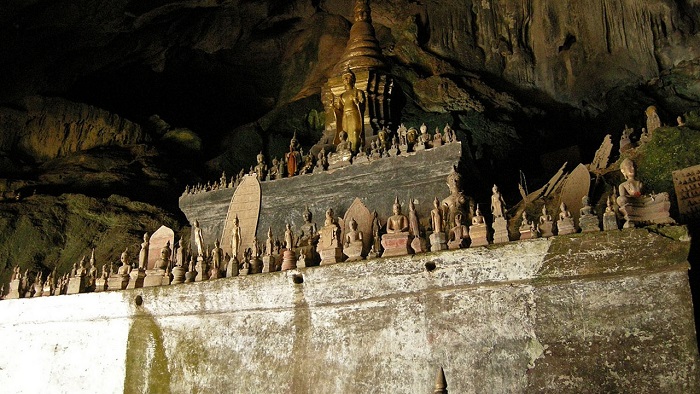 Pak Ou cave consists of 2 caves. They are Tam Ting (the low cave) and Tam Phum (the upper cave). This cave consists of more than 4000 ancient statues of Buddha from over 300 years ago with many different shapes and sizes.

Why Pak Ou is the big storage place of Buddha statues

There are two hypotheses about what causes the Pak Ou to become the big storage place preserving Buddha statues. 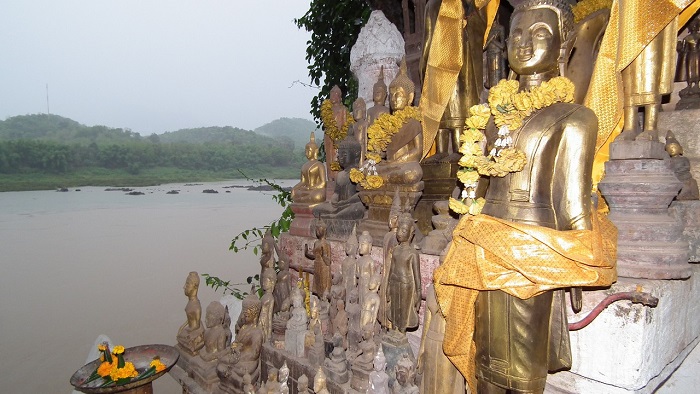 The pilgrimage to Pak Ou cave

It is said that the ancient kings always visited Pak Ou cave every year, they visited the cave on Boun Pimay - the Lao New Year or the festival of water and spent the night in this area to worship Buddha inside the cave.

On these days, the Lao people also rowed along Mae Nam Kong flow to get to Pak Ou cave to make the pilgrimage. Besides, they together with the kings performed the ritual using the fragrant flower water to bathe Buddha. 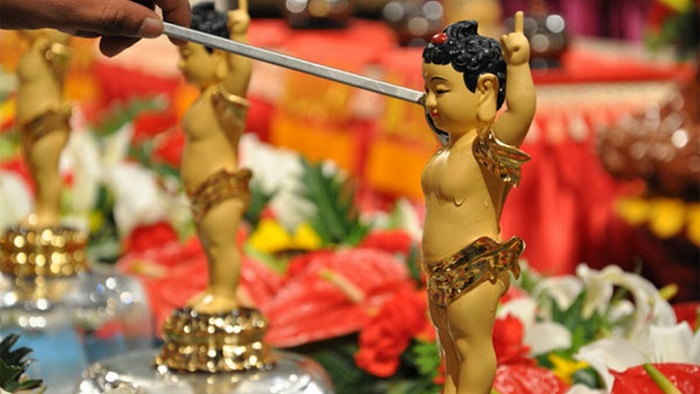 Nowadays, for the convenience of tourists to come to visit and make the pilgrimage in Pak Ou cave, a stone system of over 200 steps from Tam Ting cave to Tam Phum cave has been built.

The combination of the dim light and a sacred Buddhist space makes tourists have the feeling of mystery when visiting Tam Phum cave.

The images of the weavers

It is not only the space of Buddhism but also the extremely gentle space with the images of the women working hard with the looms. In the past, when Pak Ou cave was not well-known, people here mainly women cloth to serve their family and the community. 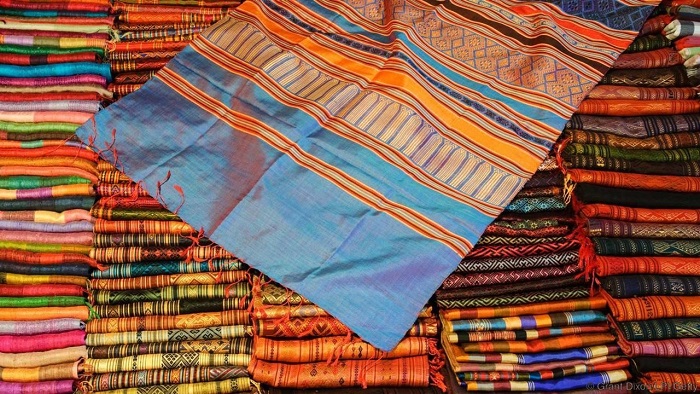 However, since Pak Ou cave has become one of the most popular tourist destinations in Luang Prabang, the traditional textile products become the souvenirs for visitors. Especially, the trafficking here is very simple. Maybe it is because of originating from the mysterious Buddhist space hundreds of years ago. Over time, that space has step by step permeated and become gentle in the characteristic of the people here.

- The most ideal time for visiting Laos is in summer.

- The main means of transportation in Laos are tuk tuk and pickup trucks. Therefore, tourists should bring their personal things to avoid sunlight in the summer.

- Tourists can use many different kinds of money when coming to Laos such as Kip (Laos), Baht (Thailand), or USD (US)…

- Some hotels and guesthouses near the center of Luang Prabang are Sayo Naga Guesthouse, Luang Prabang Legend Hotel, or Saynamkhan River View…

If you are attending to visit Pak Ou cave, do not forget to contact us via Laos tours cheap for more information. We hope that the post will provide you with some useful information about Pak Ou cave. We will be very happy when becoming your partner on the trip to beloved Laos in the near future. Have a nice trip!