Belonging to the complex of Angkor, the incompletion of Ta Keo raise the queries such as “What happened during the time Ta Keo was constructed?” or “Was it left unfinished or, did the child-king want his own temple to stand apart?”.

Being the first construction built entirely of sandstone by Khmers, Ta Keo is a temple-mountain in Angkor and also the state temple of King Jayavarman V who has established Ta Prohm. Like some temples in Angkor, Ta Keo was also dedicated to the Hindu god Siva. King Jayavarman was ten years old when he became his father’s successor in 968. His early years of reign was unstable and the politics were dominated by the court officials. In 975, he began to build his own state temple. Its modern name is Ta Keo while the temple was mentioned in the contemporary inscription as Hemasringagiri that means “the mountain with golden summit”. Another term which was also attached to Hemasringagiri was Jayendranagari that means “the capital of the victorious king” since in the 11th century Suyavarman added some more parts of the temple and renamed it. 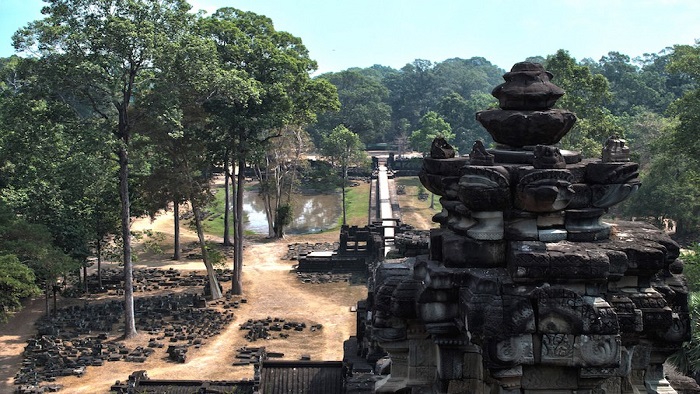 Until the reign of Suryavarman I, the temple remained unfinished. Several years later, Yogisvarapandita – a high priest was received Ta Keo from Suryavarman I. According to Yogisvarapandita, there were words which appeared in the inscription about the unfinished building was an evil omen. At that time, the whole building was believed to bring bad luck to the empire. As a result, the process of construction stopped. However, there were also rumor that the work may be stopped simply due to the death of Suryavarman I since he was murdered by his uncle and he faced the struggle for finding the successor. The temple operated as a sect center until the 13th century. Yogisvarapandita also worshiped a shrine on the first floor of the temple.

Ta Keo is a magnificent wonder with a huge five-tier pyramid with a stepped terrace. The two first levels create the base of two enclosed courtyards. One is hemmed by a simple wall while the other is surrounded by a gallery. What makes Ta Keo different from other temples in Angkor is the lack of external intricate sculptures and adornment which are specific characteristics of Khmer architectural style, making the establishment unique and good-looking. Besides, Ta Keo has very few carvings. It seemed that after the construction was done, the process of decoration wasn’t implemented. However, this drawback had a disadvantage, which researchers or those who are concerned with architecture may take a closer and clearer at the form of the temple. Since Ta Keo left unfinished, it accidentally revealed the construction way of the Khmers. It was said that the ancient Khmer people first put blocks one into the others to create the form of the temple, and then they make the carvings and adorn the temple.

How to reach Ta Keo?

Ta Keo temple is 13 kilometers away from Siem Reap. It takes approximately 20 minutes by car, 26 minutes by tuk-tuk or over 1 hour by bicycle. From Siem Reap, you head to the Northeast toward Srah Srang. When you reach the junction, turn left and continue passing Ta Prohm. You keep going 1 kilometer and you will find Ta Keo on your right. The temple is easily distinguished by its three tiers. 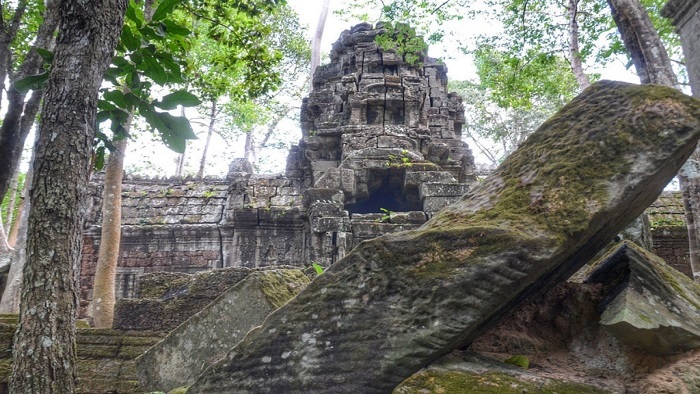 ► You are highly recommended to visit Ta Keo before 1pm. After that time, Ta Keo is shady and you may not take your expected pictures.If you arrive early, you can get there before other tour groups. Therefore, you won’t feel stuffed due to the crowd and may pose without people in your pictures.

► It’s advisable for you to have a detailed plan for the journey around Ta Keo. Angkor consists of many member temples so be well-prepared not to lose the direction and get confused about destinations.

► A local tour guide is preferable to make sure you have the best visit to Ta Keo and the journey among sites in Angkor.

► In total there are four stairways including more than 100 hundreds of step. The stairs are very steep and narrow so if you like to hike up the temple, you must be reasonably fit. Vertige suffers, those with the walking difficulties or fear of height are highly not recommended to climb to Ta Keo. If you have children along with you, make sure to watch them carefully. Moreover, you are advised to wear good walking shoes for the comfortableness of your foot if you like to climb to the top of the temple.

In hot summer days, it’s necessary to carry water along with you. The weather is extremely hot if you visit Ta Keo around the noon.

►In rainy days, climbing to the temple can be dangerous since handrail is not available and there is nothing to hold on. The stairway can be so slippery. 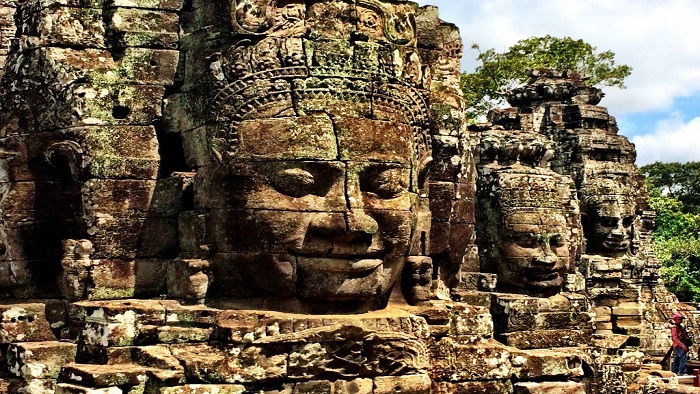 Despite its simplicity, Ta Keo has its own unique beauty, especially for the monumental aspect. It’s truly worth spending time exploring this unfinished superb construction.

“Why don’t you stand up and take Thailand and Cambodia tour right now? Do not forget to take Cambodia cheap tour to get more information about Ta Keo as well as other Cambodia amazing destinations. Cambodia is waiting for you!  Share the post if you find it useful. Have a nice trip!

NAVIGATE Ta Keo - the mysterious construction of the child-king