Hanoi is known as the busy and noisy city with the crowded roads all day round, the green spaces or parks are considered the green lung of the city which balances the quality of oxy and absorbs the dust and noise caused by kinds of transportations. So, here are the nice parks and green spaces right in the heart of Hanoi for you to go picnic as well as breathe in the fresh air.

Thong Nhat park covers a total area of 50 hectares in the central district of Hanoi. Compared to other botanical parks in the world, it is quite small but for the other green spaces in Hanoi, it is quite large. A park is a familiar place for locals of all ages, especially each morning, people concentrate here to do exercise and do other activities. Coming to the park in the morning, you will see the middle-aged people use it a space for jogging, cycling, skateboarding, yoga and working out, the elderly hang out in groups dancing tai chi, the young ones run around the park and chase their pets while the others lazily sit around the stools to sip the cups of hot coffee. Besides that, this is the dating place of the couples as well as the ideal place to have picnics. 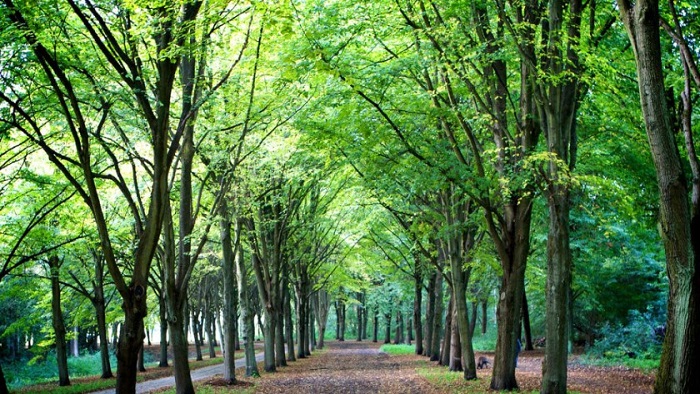 Located on Nguyen Van Huyen Street, Nghia Do park is an ideal recreation, a sports practice area for people living in this area. It is the harmonious combination of physical space and the rest of Hanoi people. Nghia Do park is a meaningful place and meets the demand for entertainment, relaxation of all classes in society.

Built to commemorate the 50th anniversary of the liberation of the capital, Nghia Do park has long been a familiar entertainment venue for young people. This is the park built in the combination of classic and modern style with many ancient trees providing shadow for people.

One of the outstanding features of this park is to allow people to fish in the lake and have a sports section invested by the foreigners. Currently, this park is opened free to serve people. 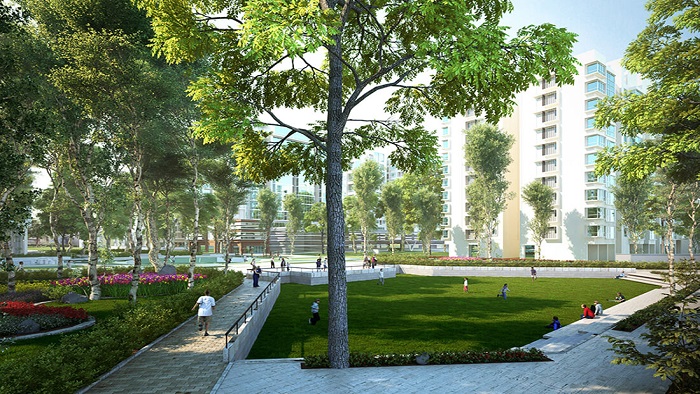 Located on Duy Tan Street, Dich Vong is a young park which was recently completed in 2009. The playground in the park is rolled out grasses with the largest area in the country. This is a project of socializing sport, children's playground is covered by artificial grass in an area of 6500 square meters in a total of 9.7 ha of the park. This is also a play area which is invested with the largest artificial grass cover throughout the country.

The community play area in the park was built with a total cost of about 8 billion VND, the majority of the cost of installation and completion were paid by the enterprises. Toys are arranged throughout the park, and all of it was imported from Japan.

The park is known as the largest green park in Hanoi, Yen So has a total area of 323 hectares, located in the Gamuda Gardens commercial center and five-star hotel complex.

Yen So is metaphorically considered as the green lung of the capital Hanoi, so this park offers the art exhibits, boat houses, outdoor theaters, labyrinth gardens, cultural villages, and many other landscapes. The park was awarded the Landscape Architecture Awards 2011, held by the Institute of Landscape Architects Malaysia. 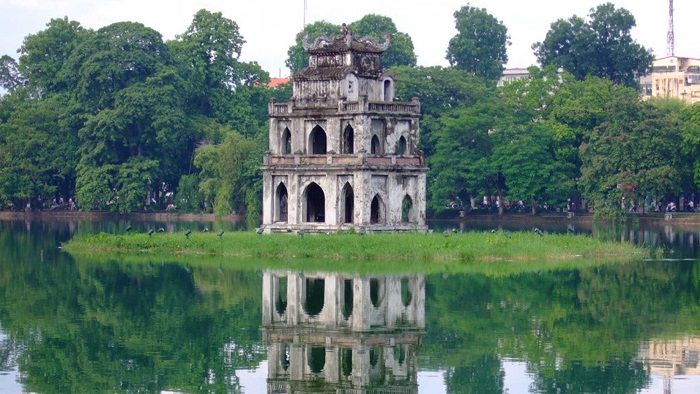 Bao Son Paradise is the largest private park in Hanoi. Located on Km8 Lang – Hoa Lac which is 12 km from the center of Hanoi, Bao Son Paradise is a destination for both domestic and foreign tourists to learn about the culture and traditions of the Vietnamese people without having to go far. Visiting this park, you can have a chance to immerse yourself in the large space of the Vietnam traditional villages, eco-tourism area, the old town, etc which are very familiar with all Vietnamese people.

Thu Le Park was built in 1977 which is one of the oldest parks in Hanoi. Together with Hoan Kiem Lake and West Lake, Thu Le is considered one of three air-conditioning which balance the temperature and the quality of air in four central districts of Hanoi including Hoan Kiem, Cau Giay, Ba Dinh, and Tay Ho. It is home to more than 600 animals of 100 species, of which about 40 species are listed in the Vietnam Red Book. Besides watching many kinds of animals, visitors can have the chances to join in many interesting outdoor activities such as swan boat driving, high-speed train, bubble houses or rollerblading.

Hanoi is striving to deserve with the name “the city for the peace”, so there is no lack of destinations to visit in Hanoi for you via Vietnam tour. Besides the historical relics, more and more green spaces set up to meet the increasing needs of citizens. Let’s take your backpack to visit this beloved city via If you have any questions, feel free to contact us. Thank you!

NAVIGATE The Best Parks And Green Spaces In Hanoi