Traveling to an emerging destination in the Central - Ly Son Island

Known as the Fairy Island among the ocean, Ly Son Island is must be in your list when thinking about Vietnam vacation tours. With the jade water and stunning view, Ly Son will definitely bring you a memorable trip.

A brief look about Ly Son

Ly Son is an island district of Quang Ngai which is located about 30 kilometers from the shore. This island is covered an area of nearly 10 square kilometers and its population is over 20,000 people. Ly Son leaves a deep impression on the visitors who have visited here once thanks to its extremely beautiful beaches and welcoming people. 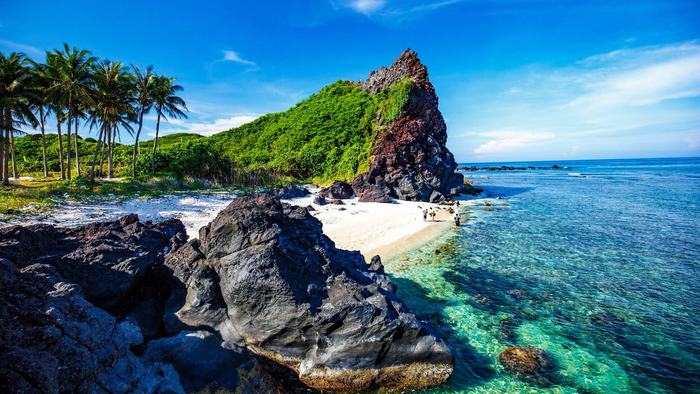 The Small Island has another name An Binh. Located about 30-minute traveling by boat, the Small island owns an extremely beautiful beach with jade clear water and smooth white sand surrounded by cliffs. Coming here, you can freely swim and see the coral reefs. There are boats departing daily from the Big Island to the Small island at 8 am and back at 2:30 pm.

Mu Cu Island located in the east next to the Big Island is the smallest one and has no residents. This island is created by black stones with unique shapes. The lighthouse of Ly Son island is situated here and it is an ideal place to see the sunrise.

The best time to visit Ly Son is from April and May when the weather is cool and suitable for diving to watch the coral.

The Cave Pagoda in An Hai Commune was built under Le Kinh Tong King dynasty by Mr. Tran Cong Thanh who founded An Hai village. The pagoda is situated in one of the largest cave systems in Ly Son. 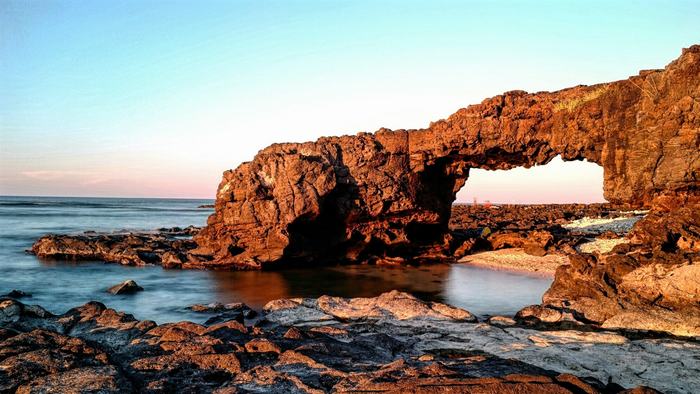 From the port to Ly Son gate, turn left and go along the small road to near the Duc pagoda, you will see a small ledge. This is one of the favorite destinations for those who like to take photos when traveling to Ly Son.

Situated in Dong Village, An Hai Commune on the foot of Thoi Loi Mountain, Cau Cave has a magnificent scenery of which one side is the sea and the other one is the mountains. It was formed thousand years ago from the lava by the erosion of wave and winds. The scenery here is quite pristine but brings a charming beauty which impresses tourists.

This is an extinct volcano and the highest peak in Ly Son with a height of 149 meters. At present, there is a freshwater lake with a capacity of 30,000 cubic meters providing water for both the Big Island and Small Island. 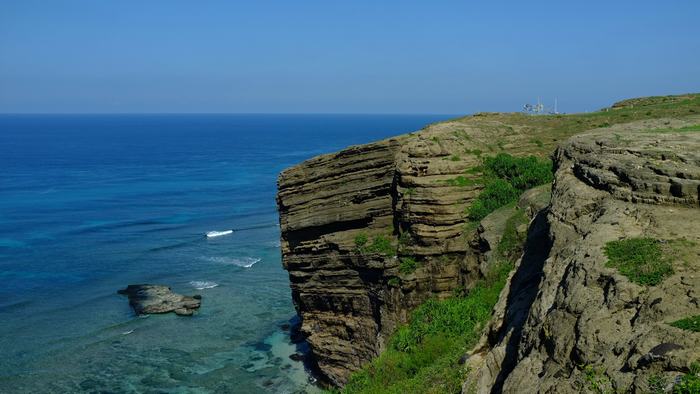 The temple is situated midway on the slope of Gieng Tien Mountain – the thousand-year dormant volcano. Tourists have to pass more than one hundred stairs along the mountain to reach the temple.

Located at the entrance of Duc Temple is the Quan Yin Statue which is 27 meters high. According to the legend of the Buddhists, Quan Yin has chosen to dwell here to keep the Islanders safe from the natural calamities.

Coming to Ly Son, you have the chance not only to admire the stunning scenery but also enjoy the amazing food here. 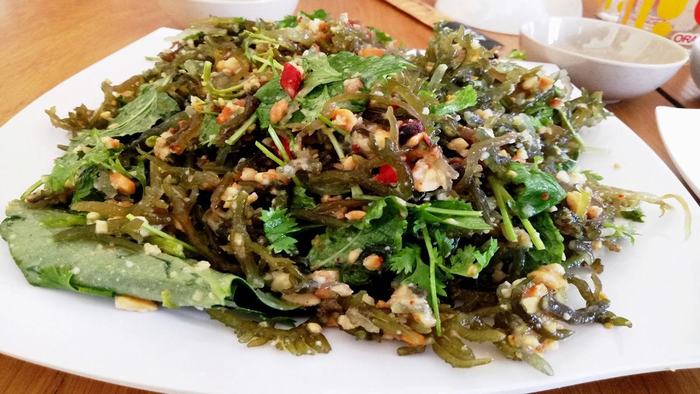 Seaweed salad is one of the specialties in Ly Son. Rounded seaweed like green coral branches mixed with the basil leaves and peanut seeds sprinkling on top stimulate the olfactory of tourists.

Ly Son is called the Kingdom of garlic. The garlic salad is made of the garlic bodies which are boiled then mixed with ingredients and peanut seeds.

Tuong snail is the most famous seafood in Ly Son and very hard to catch. Ly Son island is considered the home of this snail. The local people here can cook many simple but delicious dishes from this snail.

Huynh De Crab is the seafood that you should not miss when traveling to Ly Son. This crab is called the king of crabs. In the past, this crab is the specialty offering for King because of its soft meat and high nutritional value. 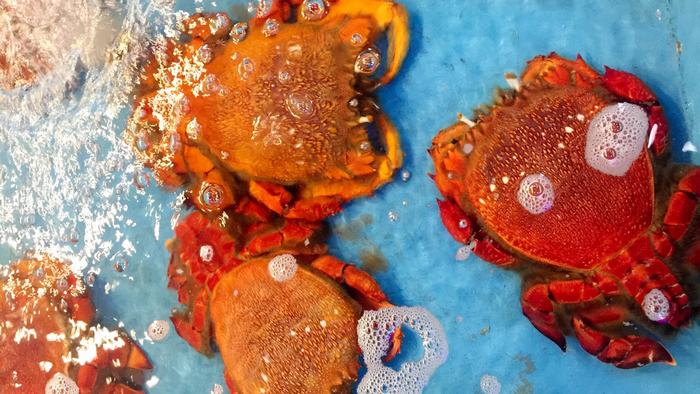 Such a stunning destination for your upcoming trip to Vietnam. There are also numerous interesting things awaiting you in tours of Asia. You can visit our website for more information. Like and share this post if you find it helpful. Thank you!