Through many ups and downs of the history, Ba Dinh Square has become the pride of Hanoi Capital and Vietnamese people, a must-see attraction when traveling to Hanoi. So, why is this place so attractive? In your Vietnam tour today, let’s follow us to make it clear.

An overview about Ba Dinh Square

If we say that Hanoi is the most famous cultural, economic and political center of the country then Ba Dinh Square is its heart. Ba Dinh Square is the largest square in Vietnam located on Hung Vuong street in the West Gate of Hanoi Ancient Citadel. The west of the square borders Ho Chi Minh Mausoleum, the North borders the Communist Party of Vietnam Central Office, the east borders Ba Dinh Hall and the southeast borders the Ministry of Foreign Affairs.

Ba Dinh Square was built by the French in the early 20th century with the name Puginier - the name of a French priest. The square area was originally a small flower garden with wilderness yards, surrounded by some old government villa buildings. 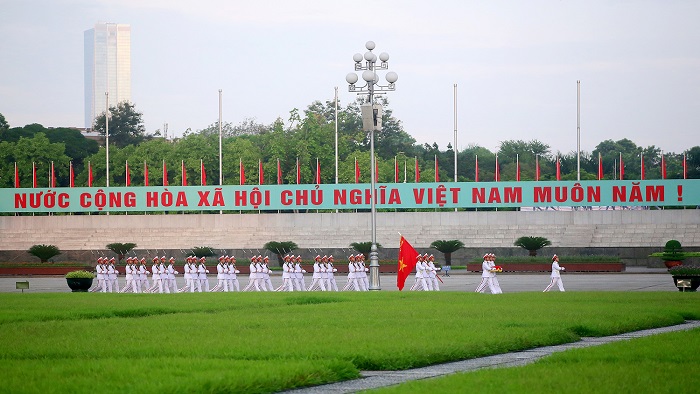 The name Ba Dinh was placed in 1945. An interesting fact is that the squared was named by doctor Tran Van Lai - the Hanoi mayor of the Tran Trong Kim government but Ho Chi Minh as many people think. The name was inspired by the anti-French insurrection in Ba Dinh, Thanh Hoa in 1886-1887.

Ba Dinh Square is not only the most famous square associated with many historical events of the country but also the largest one with the length of 320 meters and the width of 100 meters. The highlight of the scenery in Ba Dinh Square is the green grass plots. However, no one knows exactly the total number of the grass plots is. Many different numbers given are 168, 240, 176 or 168 but the number 240 is still the most recognized one. Few people know that the supplier of all ginger grass and the technology of planting in front of Ba Dinh Square is a southern bonsai artist Nguyen Van Hoa. Despite the construction of many famous works, the journey to plant and care of grass in front of the Ho Chi Minh Mausoleum is the most memorable and proud work in his life.

Ba Dinh Square marked many important milestones in Vietnamese history, especially on September 2nd where Ho Chi Minh read the "Declaration of Independence" to establish the People's Republic of Vietnam Republican. The immortal words of the declaration not only meant the affirmation of Vietnam's independence, but it was also the beginning of an independent and liberal era of colonial nations all over the world. Also in this place, after the National Independence Day, September 2nd, 1969, the commemoration of President Ho Chi Minh was solemnly attended by thousands of compatriots and international friends. Then Ho Chi Minh Mausoleum was built in Ba Dinh Square, welcoming many domestic and foreign visitors every day. 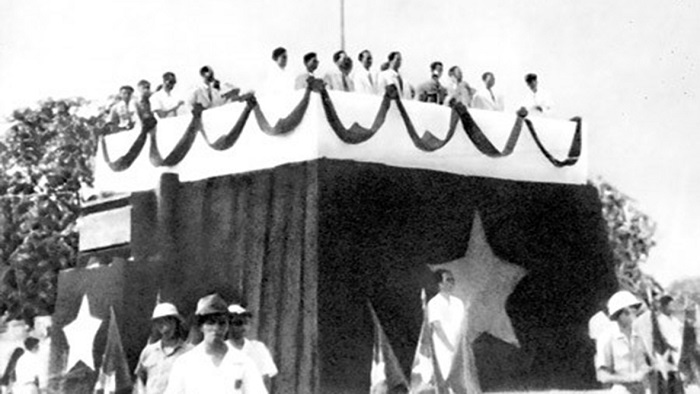 During the past years, Ba Dinh Square has also been regularly chosen to hold many important historical rallies and celebrations of the country such as the welcome meeting of the Central Committee of Vietnam Worker Party and the Government of the Democratic Republic of Vietnam returned to Hanoi after 9 years of long-term resistance war, the unification of the country of September 2nd, 1975, the anniversary of 1000 years Thang Long - Hanoi, etc.

The unique architecture inside the area of Ba Dinh Square

Ho Chi Minh Mausoleum was officially built on September 2nd, 1973 on the old platform of the court between Ba Dinh Square. Due to the unique architecture and meaningful value, Ho Chi Minh Mausoleum receives thousands of visitors every day. The mausoleum opens from 7:30 am to 10:30 pm every day except Monday and Friday. In winter or weekend, the opening hour maybe later.

The Presidential Palace in Ba Dinh Square area is the place where ceremonies are held to welcome heads of state or government to visit Vietnam. It is one of the largest French-built mansions in Indochina. featuring a typical French style with strict rules of symmetry and classic ornate details. 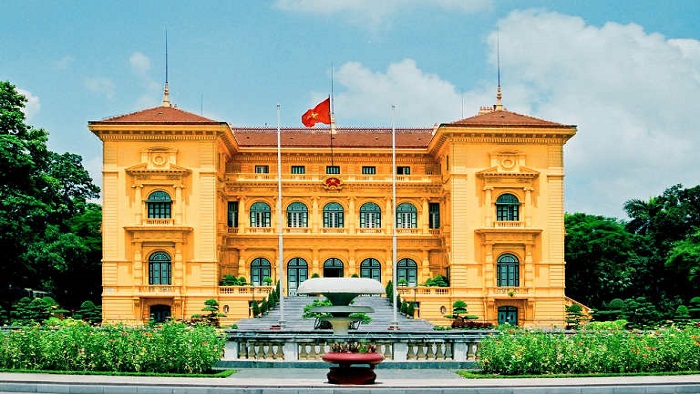 Located in the south of Ba Dinh Square, Ho Chi Minh Museum is a favorite destination for tourists. Not only the place for displaying and preserving documents, objects and images reflecting the life and career of President Ho Chi Minh, the museum also has a gallery of special subjects on the image of Vietnam and other interesting cultural and historical topics.

The prominent point of the pagoda is that it floats on the water like a lotus. Inside the pagoda is a statue of Buddha sitting on a wooden lotus lacquer in the highest position.

Due to its significant historical value, Ba Dinh Square is the best place to visit in Vietnam on the National Independence Day. For more information about Asia package tours, you can visit our website. Share and like this article if you find it useful. Thank you.