When to go to Da Nang for the best weather

Da Nang is an attraction in Vietnam. However, due to the unpredictable climate, visitors should know the weather in the city to select the best time to visit here.

Located at the center of the three famous world heritages of Hue Imperial City, My Son Sanctuary, and Hoi An Ancient Town, Da Nang is a favorite destination of both domestic and foreign tourists. In addition to natural impressions such as Ngu Hanh Son, Son Tra Peninsula, or My Khe beach, etc, this city is also a home to a range of famous religious and historical buildings. So what is the best time to travel to Da Nang? Let’s explore with Asia Package Travel.

Like many other Central provinces, Da Nang has a tropical monsoon climate with high temperatures which are less fluctuated. On the other hand, due to its location in the middle of Vietnam, the climate of the city is also influenced by the subtropical climate in the North and the tropical climate of savanna of the South.

Da Nang weather is divided into the rainy season (from August to December) and the dry season (January to July) with an annual average temperature of 26 degrees Celsius. Besides, because of the eastern area adjacent to the East Sea, Da Nang city is directly affected by one or two typhoons or tropical depression each year. 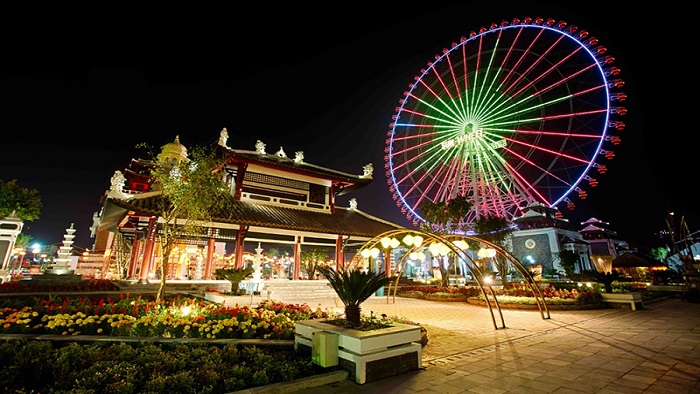 Asia Park - an entertaining area for tourist in Da Nang

Da Nang is beautiful at any time and each month has its own characteristics. However, if you do not want to delay the Vietnam package tours in Da Nang city, you should avoid going to the city in the rainy season. From January to May, Da Nang has a cool weather with the blue sky, very ideal to visit. The period from June to August is the peak tourist season so the number of visitors coming here is extremely high due to the best time of summer vacation.

From January to March

January to March is the beginning of the dry season in Da Nang which is the best time to visit Vietnam with the cool weather and less rain, is ideal to visit the city. Moreover, this time coincides with the Lunar New Year so when visiting the city, travelers also get into a bustling atmosphere when the local people are busy to celebrate Tet festival. 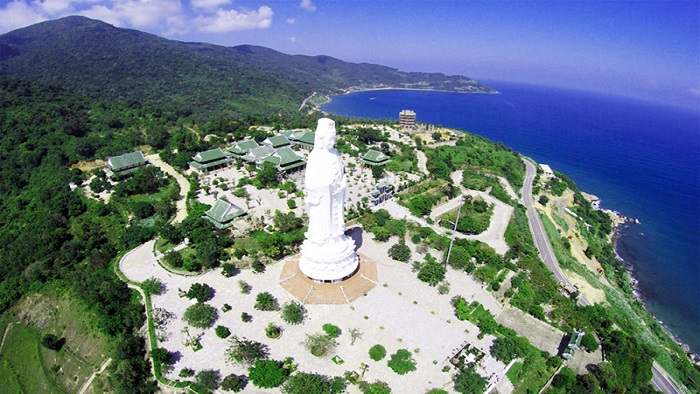 Traveling to Da Nang at the beginning of the year, tourists can visit Ngu Hanh Son, Museum of Cham sculpture, or Son Tra peninsula. In the evening, going to the bridges across the Han river to watch the city at night is a good choice. On Saturday, Sunday, and many important holidays, Dragon bridge is an interesting attraction for travelers that breathes fire and water at night.

Furthermore, there are some fascinating festivals in the first three months of the year in Da Nang such as the festival of Hoa My village on January 12 lunar month or Bodhisattva festival on February 19 lunar month, etc. Also, don’t forget to visit the temples in Vietnam to pray for peace in the new year.

From April to June

In April, the temperature of Da Nang gradually warms up and in May and June, there is a long-lasting heat wave in the beach city. In June, the rain also starts to appear but it is not enough to make Da Nang cooler in the comprehensive hot weather of the Central. 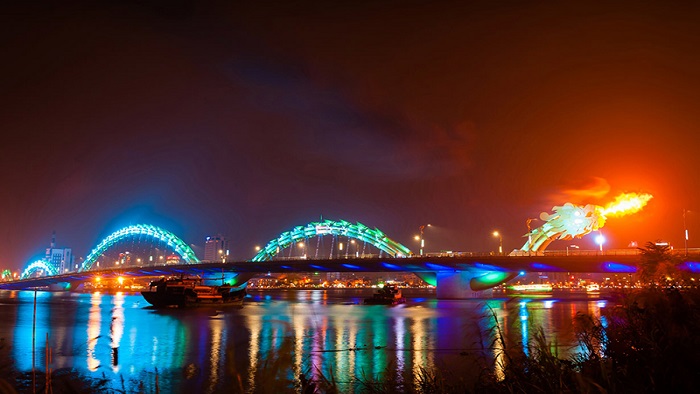 At this time, tourists in many places often come to Da Nang to immerse themselves in the cool beach water of Son Tra, My Khe, and Ghenh Bang, etc and enjoy the airy atmosphere of Ba Na Hills. Therefore, if traveling to Da Nang at this time, visitors should look for places to stay in the city first.

It is known that in the middle of March lunar month, Da Nang also holds the festival of praying for fish with many interesting activities. Likewise, June is the time for the international firework competition held in Da Nang.

From July to September

July is the last month of the dry season in Da Nang, but some occasional rains also start to appear. In August, rainfall increases and September is the peak month of the rainy season in Da Nang. The sudden and prolonged rains make the air cooler but also disrupts visitor’s activities here. Traveling to Da Nang this time, visitors should choose to stay in the warm and luxury resorts and visit the places in the inner city for convenience such as Fantasy Park, Asia Park, and “Love Lock” bridge, etc. 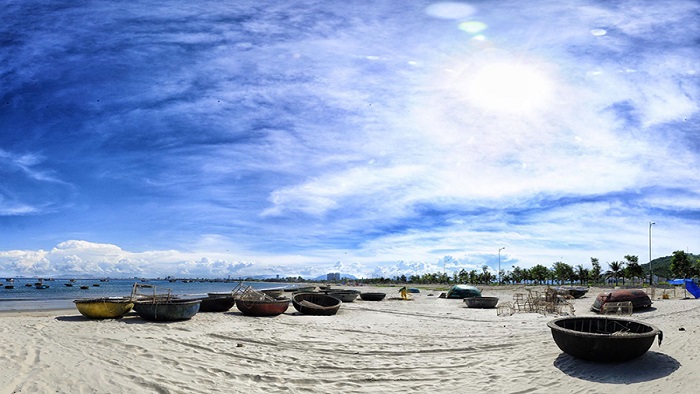 Da Nang is extremely attractive at its best time with many tourist spots for travelers. If this is useful for your holiday vacation in Da Nang, don’t hesitate to like and share with your friends to save the wonderful time with them. Thank you.

NAVIGATE When to go to Da Nang for the best weather